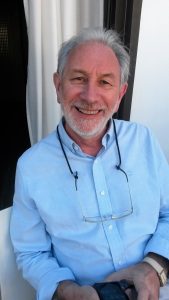 Before I began writing A Killing Tree, the first novel in my Detective Inspector Zig Batten series, I’d just retired to a village in rural Somerset, England. I hadn’t lived in Yorkshire, the county of my birth, for almost 40 years – but as Yorkshire folk will tell you [without being asked!] Yorkshire blood “remains in yer veins.”

As a young man, I hiked and rock-climbed in Yorkshire, and fondly remember visits to Malham Cove, Gordale Scar, and the Otley Shevins. The North Yorkshire coastline was a favourite too – Robin Hood’s Bay, Whitby, Staithes, and the rest.

It was a no-brainer, then, to start the series with my protagonist being transferred [though under a cloud] from urban Leeds to the allegedly sleepy apple-orchard landscape of Somerset. Since in reality I was hiking through the West Country to discover my new surroundings, why not make the fictional Zig Batten a keen walker, doing much the same? And why not make walking a key theme in the novels?

Ironically, Batten’s first case is triggered when a weird hiking group discovers a dead body at a place called Burrow Hill, its single tree overlooking a vast orchard [see photo 1 below, which was adapted for the book cover].

The murder victim is a keen walker too – and many other things. Staring at the long lines of apple trees, Batten half-consciously compares his Northern past with these new Somerset surroundings. ‘In Yorkshire, they eat apples,’ he tells himself. ‘In Somerset, they drink them. Which will it be for me?’

Because Yorkshire stays in the blood, I gave him roots in Leeds, in the form of Aunt Daze, who became his legal guardian when he was two years old and brought him up as her own. In book 1, thematically, he returns to Leeds to share an early Christmas with her, and in book 4 she will play a significant role.

So, yes, settings matter, and I work hard at connecting them to plot, themes and character. Book 2, A January Killing, begins at a traditional cider ‘wassail’, with the orchards cloaked in snow and ice and not all as it seems. An Easter Killing centres around the fictional village of East Thorne, dominated by the peak of Crown of Thorns Hill, and explores a conflict between housing developers and conservationists, with a dash of clergy thrown in. And, yes of course, a murder… The crucifixes in Photo 2 below are erected each Spring by a local church – and gave me the idea for An Easter Killing.

Somerset doesn’t have crags to compete with those in Yorkshire, but hills nevertheless rise from its flatness here and there. The memorial bench in photo 3 below sits at the peak of Ham Hill, near Yeovil, and triggered the first story in A View from Memory Hill. The final story has the same pair of ageing characters remembering a youthful skinny-dip at Yeovilton Weir, a real setting I came across during – you’ve guessed it – a Somerset country walk.

I use overseas settings too, particularly the Greek Islands which I visit as often as I can. Unlike me, Batten has a fear of flying, so the plot of A Killing Tree rather cruelly sends him to Corfu to extradite a villain. Here he meets the quirky Lieutenant Makis Grigoris of the Greek International Cooperation Division [which really does exist]. Grigoris appears in all the books, sometimes only as a distinctive voice on the phone, sometimes in Greece itself. I’m currently writing book 4, The Killing of Queen Mab, which sees a convalescing Batten travel between the island of Crete, the seashore of Cornwall, his Yorkshire birthplace, and his Somerset home.

All four settings have significance in the novel – or will have, when I finish it.

Back to the keyboard, then!

Tip: at the end of An Easter Killing, there’s a freebie prequel story of the early career of Detective Constable Zig Batten – set mostly in Leeds… 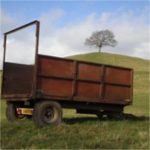 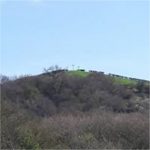 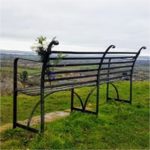