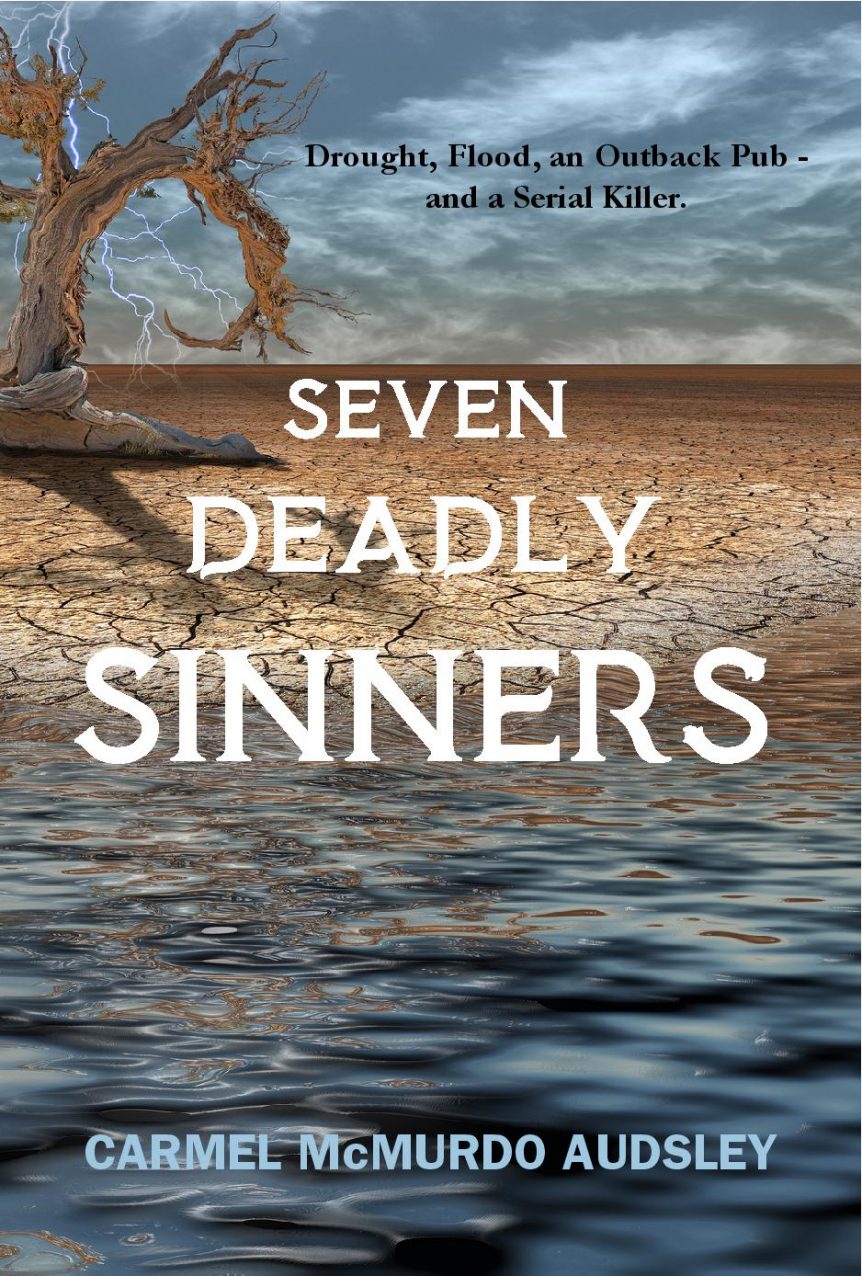 No mobile phones, not even a landline, no electricity, no computers, no radio – just a band of unexpected guests stranded at an isolated outback hotel in Queensland Australia in 1957. They all have somewhere else to be, but thunder storms and flooding prevent them from carrying on. Each person has a story, but who is telling the truth – and who is murdering them one at a time?

Eleven people are thrown together, isolated by swollen rivers and creeks. As the booze flows and the flies buzz, details of their lives unfurl and danger lurks in the form of unpalatable cocktails, dubious food served up by the proprietor – and a serial killer. But who could it be?

For anyone who has never visited Australia, or experienced the country in drought, it can be hard to imagine just how dry the continent can get. It can also be difficult to appreciate just how isolated some parts of rural Australia are, and how badly people, animals and plants can be affected when it doesn’t rain for years. Some people don’t see another soul for months at a time. This novella is set in 1957 in a fictional outback pub near the Queensland/New South Wales border, and is based on the many pubs that dot the landscape and offer a respite for weary travellers across the wide brown land.

Amazon Page for all Books
www.amazon.com

Carmel Mcmurdo Audsley weaves a web of evil in her book ‘The Seven Deadly Sinners’.

Mid 1950s outback Australia. Torrential rain and floodwater cut off access to the district. Eight strangers trapped in an isolated hotel. The veneer of civilisation is stripped away as, one by one, people die. Who is the killer? What is his/her terrifying agenda?

Am I going to spoil the story by giving the game away? Of course not! I urge you to read this ‘edge of the seat yarn’ for yourself. Oh – and watch out for technicolour descriptions that have you right there, in the thick of the action.