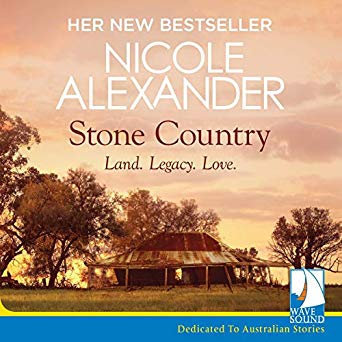 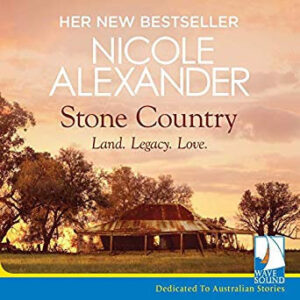 Ross Grant has always felt like the black sheep of his wealthy Scottish family. An explorer at heart, he dreams of life on Waybell, their remote cattle station in Australia’s last remaining wilderness, the Northern Territory.

Then his brother Alastair is branded a deserter after going missing during the Great War, and Ross is coerced into marrying Darcey Thomas, a woman he has never met, to save the family name. Disgusted with his manipulative family, he turns his back on his unwanted wife just hours after the ceremony and heads to Waybell with no plans to return.

But Ross has not counted on Darcey’s determination to be his wife in more than just name. Nor did he anticipate meeting Maria, a young, part-Chinese woman who will capture his heart. And he certainly wasn’t prepared for how this beautiful yet savage land will both captivate and destroy his soul….

My review for Stone Country by Nicole Alexander

This book is a tour de force, and I loved every single word of it.

The author introduces her readers to wonderful, believable characters, and her descriptions of early 20th century Australia are brilliant.

I felt as though I was out there in the wind, and sun, and dust, with them.

The story came to a satisfying but unexpected end.

Hopefully there is a sequel in the pipeline.